In this study, the chemical composition of the Black Sea trout (Salmo labrax), which were obtained from different environmental and feeding conditions, were evaluated. Wild trouts were captured from Altındere and Çağlayan rivers, while culture form obtained from aquaculture facilities. According to the results, wild forms had the highest crude protein and fat compared to culture forms, while moisture and crude ash was higher in culture forms. Glycine, alanine, glutamic acid, and aspartic acid were higher in the individuals caught from wild, whereas culture forms had the highest isoleucine, threonine, and valine. All essential amino acids were detected in all groups, and total essential amino acids exhibited the highest values in the culture forms. While the total monounsaturated and polyunsaturated fatty acids showed the highest values in the wild, they were in lower amounts in the culture forms. Linoleic acid and linolenic acid, which are essential for humans, were detected in all groups. Docosahexaenoic acid (DHA), linoleic acid, and eicosapentaenoic acid (EPA) were found to be the highest polyunsaturated ones, respectively. In filial generations, there are no statistical differences found neither in total essential amino acids nor in fatty acid contents between different generations of Black Sea trout. 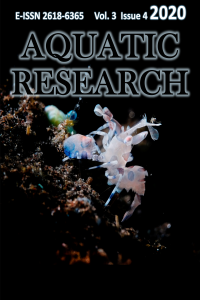