In this study indicated that biodiversity and catch composition of the beam trawl shrimp fishery in the Sea of Marmara. Sampling was carried out between October 2011 and February 2014 with beam trawler vessel operating in the Marmara Sea as seasonal. The Sea of Marmara were examined in 6 regions: Erdek, Tekirdağ, Marmara Island, Kapıdağ and Yalova. In total, the catch consisted of 91 species belonging to 6 groups of marine fauna, including Osteichthyes (42 species), Chondrichthyes (7), Crustacea (12) Bivalvia (8), Cephalopoda (5), Echinodermata (10) and other invertebrates (7). Margalef species richness index (d), Shannon diversity index (H’), Pielou’s evenness index were calculated. Cruscal valis similarity diagrams were drawn by seasonal, regional and depth. According to seasons maximum species richness, diversity and evenness index values were in the winter periods. According to the regions maximum species richness, diversity and evenness index values were in the 1. (Erdek) and 4. (Kapıdağ) regions and minimum values of the indexes were in the 6. (Silivri) region. And the Cruscal valis similarity diagram shows % 57 similarity between the regions. 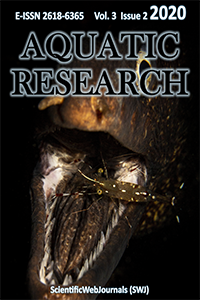