In the Strait of Istanbul, which is one of the most perilous natural waterways of the World, many marine accidents have occurred throughout the history. Some of these accidents resulted in deaths, financial losses, and environmental disasters. The fact that a significant proportion of the ships passing the Strait are tanker carrying hazardous cargo further increases this danger. Especially the increasing size of the ships, the increase in the cost of the for transported and the transportation of dangerous cargoes, especially oil and derivatives, to a great extent by sea, made the possible consequences of the accidents even more catastrophic. For this reason, many regulatory measures have been taken regarding the Sea Traffic in Istanbul, Çanakkale Straits and Marmara Sea, which have been named as the “Turkish Straits System” in recent years, and these measures have been collected under the Turkish Straits Vessel Traffic Service, which is briefly defined as TBGTH. Within the scope of this study, maritime accidents in the Strait of Istanbul have been examined chronologically in terms of the number of ships passing and maritime traffic regulations. The effects of the applications implemented after 2003, when Istanbul VTS started its operations, on the safety of navigation have been investigated. In this way, it is aimed to demonstrate the effect of the Vessel Traffic Services and related regulations on the improvement in the rate of marine accidents. The numerical determination of the relationship between the number of passing ships and the number of accidents in the Strait can be used as a statistically significant criterion for the realization of new regulations depending on the maritime traffic volume in the coming years. 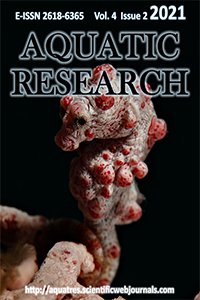