This study aims to determine the fatty acid profile of 10 fish species (Carassius gibelio (Bloch, 1782), Chondrostoma regium (Heckel, 1843), Cyprinus carpio (Linnaeus, 1758), Carassius auratus (Linnaeus, 1758), Alburnus sellal (Heckel, 1843), Planiliza abu (Heckel, 1843), Capoeta trutta (Heckel, 1843), Arabibarbus grypus (Heckel, 1843), Mastacembelus mastacembelus (Banks & Solander 1794) ) caught from Atatürk Dam Lake, sold by fishermen and consumed by local people. Accordingly, the fish species identification was made and the individuals belonging to the determined species were randomly selected and muscle tissue was taken from each sample for fatty acid analysis and put into tubes. Extraction of fats from muscle tissue was carried out using a chloroform-methanol solvent mixture. The methylation process of fatty acids was carried out using the TS EN ISO 12966:2 method. Analyzes were performed with Thermo brand Trace GC model GC with FID (Flame Ion Detector) detector. A 60 m HP-88 column was used in the analysis. It has been determined that 10 fish species contain a total of 26 different fatty acids. Palmitic acid is the major fatty acid among saturated fatty acids (SFA). Palmitic acid values vary between 18.31 % and 25.51 %. It was determined the most in C. carpio and the lowest in C. auratus. Among the mono unsaturated fatty acids (MUFA), oleic acid is the major fatty acid and was found between 12.70 % and 29.77 %. It was detected at most in A. sellal with a rate of 29.77 % and in P. abu with a minimum rate of 12.70 %. Of the polyunsaturated fatty acids (PUFA), docosahexaenoic acid is seen as the major fatty acid. It was detected at most in C. trutta with a rate of 14.24 %, and at a minimum in C. carpio with a rate of 0.62 %. 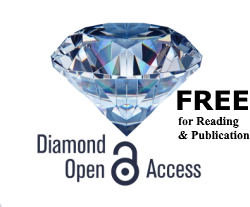 Diamond Open Access refers to a scholarly publication model in which journals and platforms do not charge fees to either authors or readers.

Archiving is done according to ULAKBİM "DergiPark" publication policy (LOCKSS).