Nowadays metal bioaccumulation in holothuroids is increasing and is a cause of worry owing to toxicity. In the present study the concentrations of mercury (Hg) were measured in holothuroids (Holothuria (Thymiosycia) arenicola Semper, 1868, Holothuria (Lessonothuria) pardalis Selenka, 1867, Holothuria (Lessonothuria) verrucosa Selenka, 1867 and Holothuria (Halodeima) atra Jaeger, 1833) collected during different seasons (pre-monsoon, monsoon, and post-monsoon) in 2015 at Buleji and Sunehri coasts of Karachi, Pakistan. Hg concentrations of tentacles were higher than those in muscle, tentacle and gut tissues of the pre-monsoon, monsoon and post-monsoon. The lowest Hg concentrations were found in muscle tissues at all seasons in Buleji and Sunehri coasts. The mean levels in the muscle tissues were 0.018 mg/kg dry wt. for H. arenicola, 0.024 mg/kg dry wt. for H. verrucosa, 0.026 mg/kg dry wt. for H. pardalis and 0.036 mg/kg dry wt. for H. Atra. The results indicate that according to the European Union legislation the Hg amounts in all tissues of holothurians is much lower than permitted levels. In terms of Estimated Weekly Intakes, this current work also proved that there was no likely health hazard to consumers on account of intake of sea cucumbers under the current consumption rate in Buleji and Sunehri coasts of Karachi, Arabian Sea. 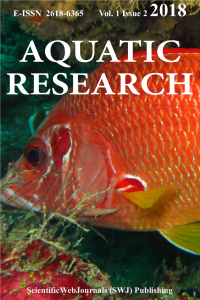